We’re Living It, Whether We Know It Or Not


The farther we get from Easter Day, the less likely we are to hear words from Scripture as being messages about resurrection. Why is that?

The main reason, I think, is that most of us think that the resurrection was something that happened once upon a time to Jesus. A fair number of folk take it to be the happy ending to an otherwise tragic story about the suffering and death of a righteous man, indeed a man who was not only human but divine.  As such, it doesn’t occur to us that resurrection of the body has anything to do with us, certainly not here and now. We have successfully swapped the notion of resurrection for the belief in immortality of the soul. The two are not necessarily incompatible, but immortality leaves some important issues aside.

I invite you to consider some of those issues [this morning]. They are raised in one, two, or all three of the scriptures. So let’s take them one at a time.

The story from the Book of Acts is the lovely account of a Sabbath morning when a delightful woman by the name of Lydia became a Christian convert. Luke tells us in one of the passages in which he recounts his accompanying Paul that they headed outside of  Philippi to the river that they supposed was a gathering place for prayer. Sure enough some women were there including a businesswoman, Lydia. Incidentally, she was apparently very prosperous as she dealt in purple cloth, a precious commodity. Luke tells us that Lydia was a believer in God.  How she had come to be one we don’t know. After hearing Paul’s message about Jesus she and her household were baptized, the river no doubt being convenient for that. We don’t have to speculate much about what Paul said that morning. His was always the message of the transformation brought about through relationship with Christ Jesus. He couldn’t have proclaimed the gospel without mentioning the death and resurrection of Christ. And no doubt he unpacked his understanding of baptism that a few years later he would write in his elegant letter to the Romans:

Do you not know that all of us who have been baptized into Christ Jesus were baptized into his death? Therefore we have been buried with him by baptism into death, so that, just as Christ was raised from the dead by the glory of the Father, so we too might walk in newness of life. For if we have been united with him in a death like his, we will certainly be united with him in a resurrection like his. We know that our old self was crucified with him so that the body of sin might be destroyed, and we might no longer be enslaved to sin. For whoever has died is freed from sin. But if we have died with Christ, we believe that we will also live with him. We know that Christ, being raised from the dead, will never die again; death no longer has dominion over him. The death he died, he died to sin, once for all; but the life he lives, he lives to God. So you also must consider yourselves dead to sin and alive to God in Christ Jesus.[1]

In effect, Paul gave to Lydia and the others a framework for their lives if he discussed resurrection in this way.  He might have said as I often do, “When you forget everything else about baptism, remember that it is “down under and back up again.” Baptism, as graphically demonstrated by immersion in water, is a ritual enacting the death-and-resurrection principle.  Indeed it is a way of identifying with what we call “the Paschal (Easter) mystery of Christ’s death and resurrection.” But it spills over into all of life. It was already present in Lydia’s experience as she went through the inevitable ups and downs in her business. Take apart any moment or extended moment in her life, such as dealing with one of the problems of a member of her household, and she could see in that slice of life the dynamic of death and resurrection. Something begins in the ideal state of perfect equilibrium, at least theoretically. Then something goes wrong and we descend into the quagmire of problems, perhaps confusion, even despair, or, on the simplest level, the ideal is exposed to be imperfect. It deteriorates, as does everything in life. We reach bottom. Metaphorically speaking, our notion of the ideal is dead. Then arrives the moment of truth and we see, if but dimly, how there is literally no way forward but up. Hope comes alive. And we take its wings and begin the ascent out of the depths.

That is a bit dramatic a description of ordinary moments, but maybe you see the point. That is quite literally the way life is. All of life, not just human life, and certainly not just conscious life, and most definitely not just Christian life is a matter of what some have called “traveling the U: down, down, down until we reach the bottom, and then back up again.”[2] Death and resurrection are woven into the fabric of the universe.

So what does baptism do to merit our calling it the means by which we experience true resurrection? Baptism brings us into a community whose very life is conscious, intentional fellowship with the Risen Lord. Living with him is not fundamentally anticipating a future in another world but living in eternity. All the scriptures point to the unity of creation with the Creator. The entire Bible can be summed up in the words, “They shall be my people and I shall be their God, and I myself will be with them.” And that is the core message of the gospel lesson from John 14. Dwelling in this community of the baptized is the explicit context in which the incarnation of God extends from Jesus to everyone through nothing else but love. “Those who love me will keep my word, and my Father will love them and we will come to them and make our home with them.”[3]

All of this is quite simple and straightforward, or so it would seem until we get to the existential reality that we are faced with every day. That reality is our being situated in what John’s gospel calls “the world” and what Paul rather confusingly calls “the flesh.” They both mean the day-to-day cauldron of human activity largely driven by anything but love. It is the world where even the most well-intentioned systems get twisted from their best potential and turn into engines that corrupt and destroy the creatures of God. It is the world where gratuitous violence destroys life and is even praised. It is the world where money rules and where greed is a breeding ground for corruption that now has extended to the point where the entire ecosystem is but a few years away from being thoroughly wrecked so that our own species and a number of others will not survive. Add to that the willful ignorance that denies the enormity, the evil of it all.

At precisely that moment—the Now of this very day—comes the hope revealed in that beautiful but dreadfully misused Book of Revelation. Its message is nothing less than resurrection on a cosmic scale. If we surrender the temptation to read Revelation as a book essentially about the damnation of all but an in-group of like-minded conservative Christians, it is about the body of God, another name for which is the universe. You’ve heard from ours and many other traditions that the temple of God is the body. So it is. That body of yours is like every other material thing in the universe. The energy to which it is convertible is the Love that powers all things in the cosmos, and one of the thousand names of that Love is “the Lord God the Almighty.” And the one through whom we know that Love and its origin best is Jesus, who is called “the Lamb.” When we who share his life and live it in our own bodies catch on that what he is by nature we become by grace, then we begin to be what C. S. Lewis referred to as “Little Christs.” We usher in the age when “the nations will walk by the light [of God’s glory]. It is totally incompatible with such Love that we would ever settle for a life of lies and falsehoods, whether on a personal or corporate, national or global scale.  Why?  Because the deepest truth of the universe is indeed Truth. And it is made concrete and present when we attune ourselves to the Divine and live for no motive other than to be like God, not by how knowledgeable or sophisticated we can be, but by how loving we can be. That’s what it is to be “written in the Lamb’s book of life.”[4] 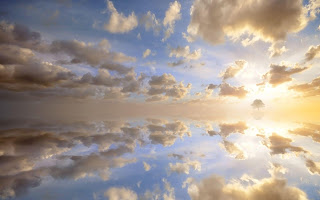 Revelation moves towards its end with an image of the last things that marvelously mirror the first things that ever were and presage the first things in a transformed world.  Far from being a corrupt and perverse world hell-bent on destroying itself by the hand of one species that’s out of control, the world empowered by resurrection and saturated with love is a world nourished by water from the river of life, bright as crystal, flowing right out of the heart of God and the Lamb down
through the middle of civilization. Instead of a population on the defensive, fearing even children fleeing from oppression, poverty, and violence, its cities will be abundantly fruitful and its people known as healers for people of all nations and tribes and languages. The dwelling of God and of the Lamb will be in pitched in the heart of everyone, and we will worship him.  We will see his face in the face of every creature. His identity will be visible on ours and their foreheads.  There will be no more night.  We will not need any light—of lamp or sun, for the Lord God will be our light, and everyone who manifests the life of God will reign forever and ever.[5]

What a surpassingly powerful vision! And yet we will never get there by doubling down and working harder at it making come to pass. Paradoxically it is by letting go and letting God, as the old slogan has it, that the heavenly city is born and the heavenly community realized. Our old ways, including all the old stories we tell about ourselves including the story of how terribly sinful we are, must die. Only in traveling the way of death do we ever reach the point where there is no way to go but back up again, rising full of the power and peace of the resurrected and ascended Christ.