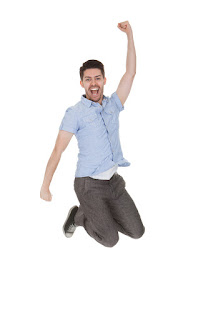 I was the kind of boy that, if you gave me an ideal, I not only respected it, I actually tried to live up to it.  When I started first grade and began to learn the basics of citizenship, such as pledging allegiance to the flag, I took it seriously.  When I went to Sunday School and they told me about the love of God and taught me about Jesus, I was more than interested.  I was enchanted.  If you set before me the notion, say, of moral behavior, I actually believed that it was a good idea to do my best to live morally.

Now all of that is not coming from a bad case of bragging, but rather a little self-disclosure.  I have nothing to brag about.  Because with all that stuff about being, if not the best little boy in all the world, at least one who took a pretty good stab at it, there comes a shadow side.  Deep down I knew, even in the second grade, that there was a part of me that took delight in being not only mischievous (what boy isn’t a little?) but sometimes quite mean.  I don’t think in all that I’m very different from any of you.  It doesn’t take us long to discover that there is more than one side of us.  And if we deny that shadowy, perhaps devious, side, ultimately it has a way of taking over.

There is a verse in Psalm 112 that is worth chewing on for a minute,   “Light shines in the darkness for the upright; the righteous are merciful and full of compassion.” What the text means is quite different from what you might think.  “Righteous” in Hebrew does not mean morally faultless.  Nor does it mean being the best little boy or girl in the world.  The word “righteous” actually means being in right relationships with God, with the world, with nature, with other people.  It means “doing what one is created to do, being what one is created to be.”  Some years ago I heard a man describing an experience he had in the Holy Land.  His car broke down on a stretch of desert road.  In the days before cell phones he hitchhiked to the nearest village and found a mechanic, who agreed to come take a look at the car.  Something like a belt had come in two and the mechanic was able after towing the car to repair it.  As he shut down the hood after finishing the repair, He said in modern Hebrew, “Sadiq.”  “Now she is righteous.”  In other words, the car is put back in order, ready to do what the car was designed to do. 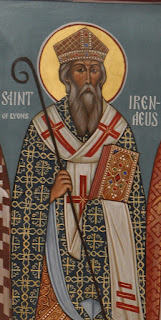 That’s helpful, isn’t it? To be upright is not necessarily to be a moral exemplar, though it might be.  More to the point is to be what one is designed to be.  And what is that?  In a word, it is to be fully alive.  St. Irenaeus, one of the Early Christian Fathers, said, “The glory of God is the human being fully alive.”  Think about that.  What is it like to feel alive, really alive?  Is it to be filled with energy? to be sensitive to sensory stimuli? Is it to stand as tall as you can, to feel balanced, grounded?  Is it to be ready to take on some challenge and to feel up to it? Is it to be almost overwhelmed with a feeling of love, a readiness to embrace nature, an enthusiasm to reach out to other human beings with compassion and delight?  Is it to be filled to overflowing with joy?  Is it to settle into a comfortable, quiet peace?  Is it be satisfied, still, fulfilled?  That is a rather long list perhaps of possibilities, but I suspect that you are like me:  you could say yes to most of those things.  It would be almost impossible to feel fully alive if we are feeling weighted down with worry, fear, anxiety, depression.  It is hard to imagine feeling fully alive if we were living in terror, scared of enemies, dreading the worst.  And I have never felt myself fully alive when I was energized mostly or only by hate, loathing, disgust, disdain, or any of those feelings that come from feeling or being over against other things or other people.  They have a way of draining me.  Is that your experience too?

Now the reason I go into this much detail about feeling fully alive is that that is the most effective way I know of for describing wholeness.  And wholeness is a word that is very closely related to sanity.  And sanity is not far from what it means to be healed.  And healing is at the heart of what the Bible means by salvation.  So you see where all this is going.  When we are fully alive and whole and well we are in fact experiencing God, who is always Life and always Truth.  We who speak the Christian vocabulary talk about that Life and Truth to be embodied and exemplified in Jesus, who is the Way that God manifests in humanity.  But Jesus never ever meant, by his own admission and teaching, to be the one and only example of God’s life in human form. “I say to you, ‘you are gods, and all of you children of the Most High.’” What he is by nature—child of God—is exactly what we become by grace.

Now it makes sense, doesn’t it?  That verse in Psalm 112 is, “Light shines in darkness for the upright.” Yes it does.  And the source of the light is both beyond us and within us.  God is not one or the other but both—beyond and within.  And the Light of God, which is the Life of the human being, issues not in anything other than mercy and compassion.  Don’t ever forget that.  Those who imagine that God is punitive, graceless, unforgiving, terrifying, generally treat themselves and other people just that way:  first themselves, then others, and beyond that the rest of nature with contempt.  Those who know that God is merciful and compassionate are far more likely to be able to love themselves and almost naturally find that loving their neighbor as themselves is not so hard after all.

It is no secret that we are right now going through a period of darkness.  Even the most optimistic among us realizes, no matter what her opinions or his political beliefs, that we are all responding to something like a cosmic eclipse of light.  Even the President’s inaugural address describes a nation stumbling about in darkness.  I myself see a good deal of light, but I do not deny that, ironically, the harbingers of darkness are sometimes the very ones who are describing it even while deepening it.  The important thing here is not who is responsible for the darkness, or even how deep the darkness is, but rather that our call is to be children of Light.  That is not the same as ignoring evil, nor is it the same as whistling in the dark.  It is knowing that we are righteous—not morally superior, and certainly not flawless.  But by speaking the truth, showing mercy, and being compassionate, we are letting our light shine.  We are being who we were created to be.  We will be doing what we were designed to do.  That is what it means to be fully alive. 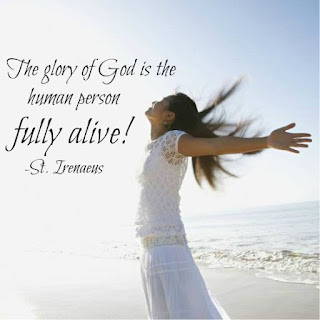