“You got any great plans for New Year’s?” asked a very pleasant clerk in a store yesterday.

“Well, actually, no.” I neglected to say that we were going to a party tonight (not exactly a New Year’s party, but anything on New Year’s Eve must be that de facto. And I didn’t mention that we’d be at a New Year’s Day brunch tomorrow. So I guess I was the bearer of faux news or something.)

“Really?” asked she, a bit stunned.

“To tell the truth, I’m not all that great a fan of New Year’s Day. It has always seemed to me to be artificial. It’s a day like any other. A new year begins for me at my birthday. That’s how I count time, and my birthday is nearly half a year away from January 1.  I'm going to be as happy January 2 as I am today.”

I realized that I was beginning to sound like a curmudgeon, a profile I don’t intend to adopt. So I softened.

“Well, that would mean shoveling. I used to like snow. Then I reached the point when I’d shoveled enough of it. Now all I can think about when it snows is California.”

“My brother didn’t come shovel me out the last time it snowed a lot.”

I looked out the window where two streets came together and crossed a third. “Look. I think it is going to snow on Kenyon Street. Those clouds! But Park Road will be spared. The sun is shining.”

“So looks as if you’ll have a fifty per cent chance of a happy New Year.”

She handed me my receipt. “Would you mind holding the door for that gentleman?” I turned. He was in a wheelchair hunched over.

“I’d be delighted to.” I opened the door. “Hi!” He smiled and spoke, either the victim of a stroke or maybe some degenerative disease.

O the Poetry of Longing 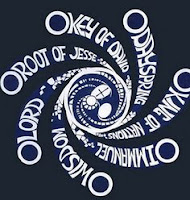 One day at a time, the post below will grow from December 17 through December 24, 2016. These poems are based on the Great O Antiphons, traditionally sung on the Magnificat, the Song of Mary (Luke 1:46-55) each day of the last week in Advent at Evening Prayer, beginning with December 17. The version of the Great O's is that of Howard Galley in The Prayer Book Office (New York:  The Seabury Press, 1980), 131-132.

O Wisdom, you came forth form the mouth of the Most High, and reach from one end of the earth to the other, mightily and sweetly ordering all things: Come and teach us the way of prudence.

O Adonai, and Leader of the house of Israel, you appeared in the bush to Moses in a flame of fire, and gave him the Law on Sinai:  Come and redeem us with an outstretched arm.

obvious questions
what
why
who
et cetera
frame the human mind

O Root of Jesse, you stand as an ensign to the people; before you kings will shut their mouths, and nations bow in worship:  Come and deliver us, and tarry not.